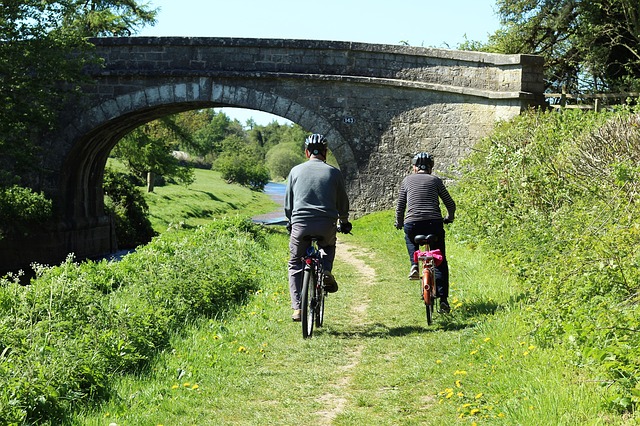 Get Fit Together – Activities For Couples

For most couples spending a lazy Sunday afternoon indoors sounds like a dream come true and, in most cases, you and your partner are each doing your own thing. Though that sounds comfortable, there is a way in which you can spend more time together, and not just in the same room, and even exchange the couch potato routine for a sportier lifestyle.

This is why we have chosen some of our favorite sports activities for couples.

One sport which is perfect for couples is tennis. And as you are a couple you always have an opponent to play tennis with, but you can also team up and play against another couple for the fun of it. If one of you, or both of you, is a novice, take some lessons together. It doesn’t matter if one of you already knows how to play, you can always brush up on your knowledge.

Just remember not to nag, offer advice only when asked. You are primarily their significant other, not their trainer.

Another sport which is gaining more popularity among couples is golf. Spend some time together outside in the fresh air and talk while you walk between the shots. If the weather is against you, don’t let it spoil your fun and practice your putting on your living room floor.

You can play locally on a regular basis but, every now and then, you can add some excitement to your new golfing lifestyle by taking golf couples trips.

It may sound as a bit extreme, but rock climbing is actually a great exercise for you and your significant other. First of all, it doesn’t give favors to either gender, it needs both flexibility, dominantly a feminine trait, but also strength, predominantly male. This means that you will both be at a similar level if you are both novices.

Of course, you can rock climb yourself, but typically it is a sport for two. Some examples include top roping, when the partner on the ground holds the partner climbing, and lead climbing when one climbs after the other.

You will build not only strength and stamina but also your confidence in each other.

Dancing is an activity made for couples. No matter whether you would prefer to take up something more classical like waltz or foxtrot or something more contemporary and sensual like salsa or tango, it won’t feel as if you are actually working out.

By learning some new dance moves you will strengthen the connection between the two of you. Unlike sports, there is little room for competitiveness in dancing as your bodies learn to work as one.

And don’t forget that dancing isn’t just for ballrooms, you can try out a nightclub or even spin and twirl your partner at home.

In our environmentally conscious world, cycling is becoming not only a suitable exercise but also the transport of choice. Equipment, in most cases, is not an issue as you won’t need more than just two bikes and some water bottles.

Depending on your and your partner’s likes you can opt for adventurous mountain bike rides, in-city exportations or long rides filled with gorgeous scenery. The two of you can tailor your own premium bikes experiences. Even planning these small excursions will deepen your bond.

Perhaps instead of riding a bike, you can opt for a horse. The number of couples taking riding lessons seems to be increasing as their benefits are great.

However, for some being on horseback doesn’t count as an actual workout, which simply isn’t true. If you want to ride a horse, it will definitely make you work for it. Stability, coordination but also flexibility are some of the traits you will both have to work on during your riding lessons.

After a few lessons followed by sore muscles, remember what you aim to gain – enjoying romantic rides away from roads and emerged in nature.

Being healthy is the ultimate goal for most of us but getting fit has to become a part of your routine if you want to succeed. By involving your significant other you will not only have a partner to work out with but also a reason you will want to be fit for. It is a fun and useful way to spend time together and possibly even learn more about each other. Put your wishes on the piece of paper and weigh out what sport may work for both of you.

Keep in mind that even if you are opponents on the field, you are partners in life.