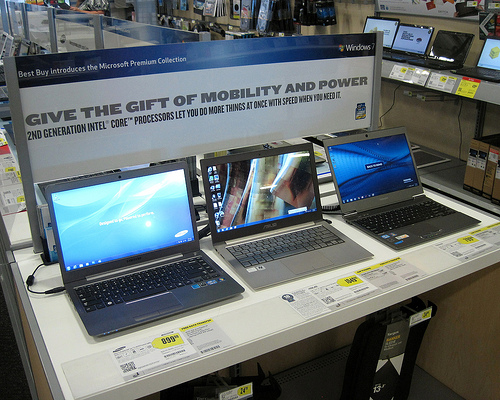 Why 2013 could be the year of the ultrabook?

Early October 2012 saw a slew of articles hit the web surrounding the badmouthing of ultrabook prospects by IHS iSuppli in the run-up to Christmas. ‘Too expensive’, was the defining message. And, despite the surprising success of Windows 8 (with 40 million licenses sold in the first month), the ultrabook market is not as frenzied as manufacturers may have hoped. However, Digitimes quotesTaiwanese manufacturers who claim that sub-$700 ultrabooks will be arriving next year. That would put ultrabooks in direct competition with tablets – which is how the market was initially planned to pan out.

Digitimes follows up its research with assertions that Taiwanese sources believe ultrabooks will account for 10 percent of the laptop market by the end of 2012. This would involve not only maintaining the current hold of 11 percent of $700+ laptop sales, but breaking into the sub-$700 market. At the moment, “the vast majority” of ultrabooks hover around or above the $1,000 price point, at which they are struggling to compete with tablet devices which cost significantly less.

These two facts make for exciting possibilities in the ultrabook future. If price is a major barrier to adoption for consumers, cheaper ultrabooks could supply precisely the competition tablets need. Compared to tablet PCs, ultrabooks carry numerous benefits: they run fully-featured Operating Systems (Apple’s iOS and Google’s Android OS are stripped-down and optimized mobile versions); they carry proper, physical keyboards; and they include greater options for connectivity. If they were in a similar price bracket to tablet PCs, they would be direct competitors.

There are some potential threats, though. Intel’s tightening of regulations as to what does and does not constitute an ultrabook may force manufacturers to market their devices as ‘ultrathin’, or ‘ultraportable’ computers instead. There are calls for Intel to recognise that this competition is inevitable, encouraging them to tighten the definition up even further to give ‘ultrabooks’ a very specific market niche. If this happens, we commenters may need to rethink our definitions. There is no doubt that the future of the laptop is thin and light, so we may see a subsiding of the laptop market with what is now deemed the ‘ultrabook’ market. Intel’s very specific trademarked name may simply become a line of these ‘nü-laptops’ that runs on an Intel chipset.

The other threat comes from tablet technology. Consumers are used to tablets: most are simply not aware that ultrabooks exist. Check out this Google Trends analysis of the two search terms:

‘Tablet’ is in red, and ‘ultrabook’ is in blue. Tablets are clearly a more popular topic of conversation than are ultrabooks. However, if we zoom out, we can see that the rise of the term ‘ultrabook’ is itself only a reasonably recent phenomenon, with it really only entering the public consciousness at the beginning of 2012. We may well see this trend continue.

So, analyst predictions may yet come to pass. 2013 – if the analysts are right – may well be the Year of the Ultrabook.

Rules of DevOps consulting Quality Engineering That You Must Not Miss