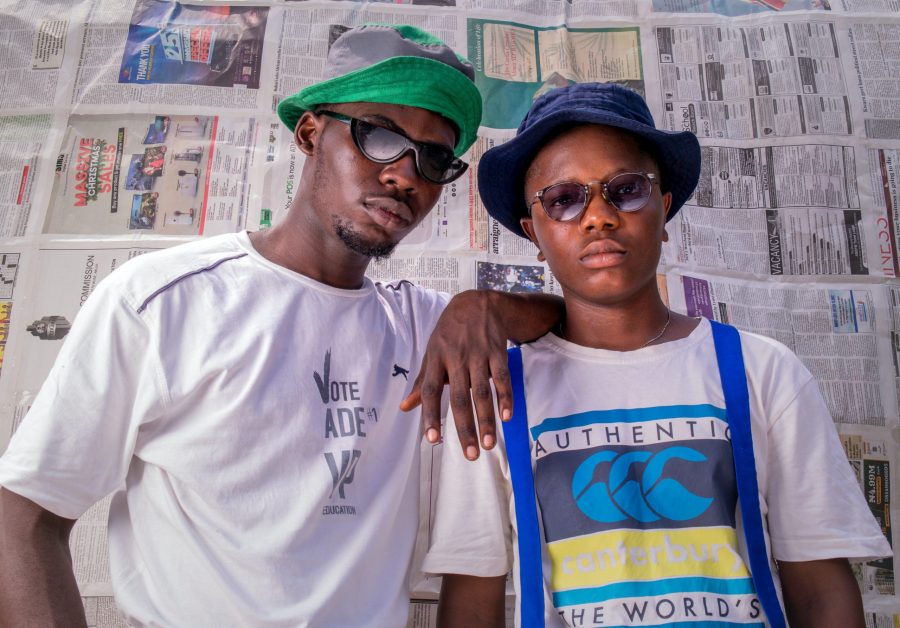 If you haven’t already noticed, but the ’90s have come back around for a second hit. Fashion in the ’90s was all about comfort, relaxed fittings and casual lifestyles and that is exactly how our fashion is turning at the moment. This could be with people wanting more comfort due to them being in isolation or just the fact that the ’90s was a cool era to be brought up in and we have a sense of nostalgia. Either way, we couldn’t be happier. This doesn’t mean that we all have to go round in plain tracksuits, but more the like of relaxed fit jeans and shirts. The 90s brought some great fashion trends but also some to leave in the past. The ‘90s also brought something else, the tunes! This was another part of pop culture that brought in the style of the ’90s. In this article, we will go through some ways in which you can style like the ‘90s again without some of the wardrobe mishaps.

This came back into style a couple of years back and disappeared, but I think it will be coming back very soon considering it is a ‘90s essential. With Hip Hop entering the mainstream in the ‘90s, more people resonated with the artists which encouraged them to start dressing more like them. So in turn, snapbacks came into fashion as were worn by men all over the world which are still a popular choice of headwear for many, the difference is that the ‘90s wore them on the side. If you are going to be wearing a snapback, ensure that you wear it backwards or forwards.

Overalls were extremely popular in the ’90s, with the likes of Will Smith, NSYNC and Tupac rocking the look it is easy to see why these garments became so popular. If you wanted to push the boat out with the ‘90s look then opt for one strap hanging down. The great thing about these is that they go with almost any type of casual attire so don’t worry about not suiting them. Overalls come in all sorts of colours and styles so try a few on before you commit, the most popular colour is washed out denim but more people are opting for black these days.

Leather jackets have been a fashion statement for many years, and each decade they make an appearance. The great thing about this is if you have a really good quality leather jacket, it will last you a lifetime. This was mainly as an edgy anti-fashion statement piece and was worn by all types of men in the ‘90s, even those who have never been on a motorbike. This is a piece of clothing that will always be in style so invest well in your leather jacket and you will see how long it lasts yourself.

Turtlenecks always make an appearance through the winter months, but something tells me that we will be seeing much more of them this winter. Turtlenecks were worn by many people in the ‘90s but were worn in two different styles. Firstly, you had the thick knit turtleneck that was for those more sensitive souls. The alternative is how most come today, tight, fitted and ribbed. These were for those who have a better eye for fashion, those who had a good body and those who were intellectual. You can get these from most good clothing stores so go and have a browse.

Ripped jeans will never go out of style. They first emerged when the grunge era came to style, the jeans offered a slight bit of rebellious style to outfits. Ripped jeans these days don’t offer the same sentiment as they once did as they are still extremely popular with today’s culture but can be added to some luxury clothing styles as well as grunge eras’ chilled rebellious vibes.

So yeah, the 90s brought quite a few hats with them along the way. Like the snapback, the bucket hat began with hip hop artists and rappers meaning that they were plastered everywhere. It had an impact on the youths and by the end of the ‘90s, almost every teenager in the world had a bucket hat in their wardrobe. Just like bum bags, bucket hats have made a recovery and are actually highly sought after items to step up that game. There are so many different colours and styles to choose from so take a look around before committing to buying one.

Oversized shirts have been a hit in recent years with the likes of students preferring a more vintage look for their study days. This was definitely one of the highlights in the 90s where you would either see people wearing them around their waist or over a tee. These oversized flannel shirts look great as a casual outfit and can be found almost everywhere now. The flannel shirt has been around for a long time and it doesn’t seem to be going anywhere fast.

4 Reasons You Should Try Whitewater Rafting