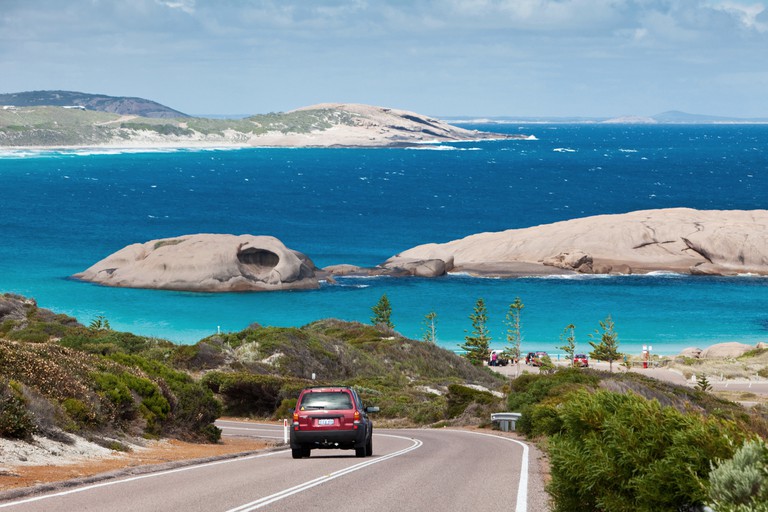 Stretching for nearly 250 kilometers, the Great Ocean Road is an iconic landmark in Victoria, Australia. It runs along the coastline, offering incredible views from its numerous observation points. In addition, there are many unique attractions not far from the major highway, and you can enjoy them having a road trip there.

The most optimal solution is to rent a car and plan your Australian vacation by yourself. So you’ll be able to inspect all the sights and admire the beauty of the route in the way you like. Even if you’re young, car rental under 25 makes travel possible for underage travelers.

No matter how much time you decide to spend on your road trip, you should definitely make the following 8 stops…

If you start your trip in Melbourne, the West Gate Bridge is the first sight you see when leaving the city. The magnificent concrete structure is about 2.6 kilometers long and 58 meters high. The bridge is divided into four lanes and ranks among the longest structures on the entire Australian continent. This is an excellent observation point, with a wide viewing angle offering great views of West Gate Park and the Yarra River.

As you drive a rental car along the ocean, about 100 kilometers from Melbourne you will see a wide surfing area. It’s named after a family of pilgrims who settled there at the beginning of the 1840s. Most of the territory is set aside for a conservation area and is included in the national register.

Bells Beach hosts the longest-running surfing festival every year. Sports competitions and musical battles are also held there. Try to ride the waves, even if you’ve never stood on a surfboard – it will give you a lot of positive emotions.

It’s recommended to spend at least a single day in Lorne, a small resort town on the Great Ocean Road. The number of permanent residents doesn’t exceed 1,100 people, but in the high season, a huge number of tourists fill the local beaches.

In addition to surfing, you can go barracuda hunting with scuba and harpoon diving. A music festival takes place there on New Year’s Eve. On themed stages, bands perform in a variety of styles, from blues to hip-hop.

Stop your car rental vehicle in a beautiful seaside village in Apollo Bay for kayaking or deep-sea fishing with local divers. If extreme entertainment is not what you like, visit coastal teahouses and watch the sunset.

Loving couples will like horseback riding and dining at a restaurant overlooking the ocean. In February, Apollo Bay hosts the Seafood Festival, where you can taste the best sushi in Australia.

Situated not far from Apollo Bay, Cape Patton is an excellent observation point bordered by dense rainforest. Steep green cliffs go into turquoise water, the ocean crashes against gray smooth stones and foams like sparkling wine. You should definitely stop there on your car rental trip and take some pictures. 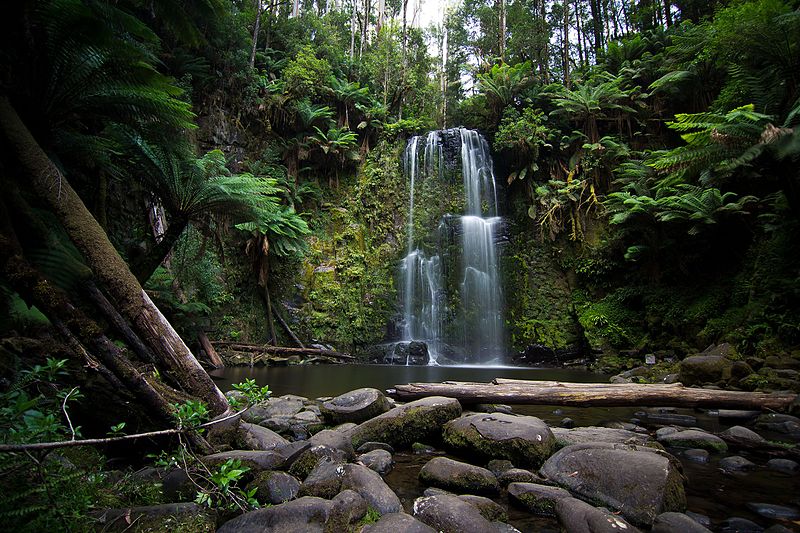 With an area of ​​almost 110 square kilometers, the park is among the most-traveled destinations in Australia. Its major natural advantages are swift waterfalls and an impenetrable jungle, which hasn’t changed since the time of the dinosaurs. The park also features a diverse animal world. For an additional fee, you can descend at breathtaking speed on steel ropes stretched over the treetops.

This fantastic natural formation has no rivals in beauty and uniqueness. However, the overall picture is even more impressive – coral sand perfectly contrasts with the blue ocean water and yellowish cliffs.

Standing on the summit above the cliff and looking down at the foamy whirlpools, you can appreciate the difficulty of maneuvering between the stone giants. However, swimming on the beach hidden among the natural walls is absolutely safe. High cliffs protect the bay from violent winds.

This is the most incredible point on your route. Stop your rental car in the parking lot along the road and go down to the coast.

These formations are just amazing limestone cliffs off the coast between Princeton and Port Campbell. In fact, there are not 12, but only 8 ones. Until 2005, there was also the 9th rock, but it collapsed as a result of the impact of erosion.

The attraction received such a romantic name only in the XX century, and before that, the rocks were called ‘Pig and Piglets’. One of the most popular tourist services at Port Campbell Park is a helicopter flight over the beautiful limestone cliffs.