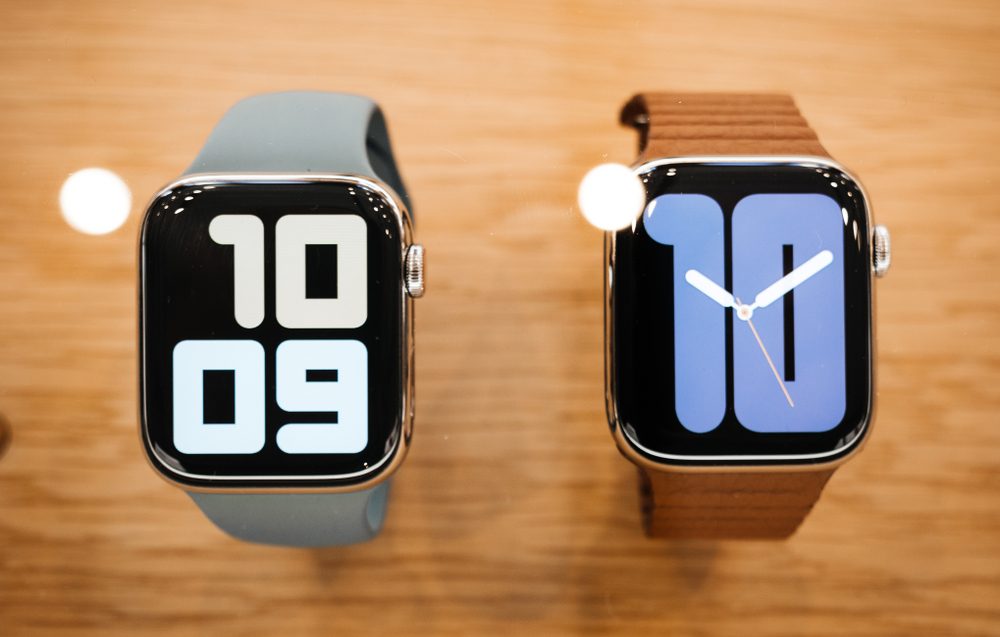 During the recently held product launch, Apple unveiled a new smartwatch — the Apple Watch Series 5 — finally putting an end to a series of speculations and rumours. The one feature which headlines this release in the first-ever always-on display. It will also be the first watch in the series to feature an in-built compass.

The Series 5 smartwatch is also well-set to bring in international emergency services to the cellular model.

The new Series 5 comes with several new features that are ready to set benchmarks in the smartwatch industry. Under the hood, the smartwatch will be powered by the new Apple S5 chipset which has a 64-bit dual-core S5 processor. The new processor promises up to twice the speed than the older S3 processor.

The storage of the new Apple smartwatch has been increased to 32 GB from 16 GB. The device will come preloaded with the watchOS 6. The watch is also waterproof, which happens to be another great advantage for swimmers who can now measure the calories they burnt while swimming without having to worry about ruining their watch while they are underwater.

An electrical heart sensor is also included in the smartwatch, and it can come to great aid if you are into fitness and high-intensity workouts.

The Series 5 smartwatch will be the first-ever smartwatch to include an always-on display, which means that it will always showcase time, even when you don’t raise your wrist or tap on the display. This new feature has been optimized in a way so that it does not go heavy on the battery.

The new built-in compass will be a great aid to explorers, as they can now use it to gauge the elevation and incline data.

The next-generation operating system for Apple watches was announced in June 2019, and its design is expected to go well with the features of the new Apple watch.

It comes with new faces and has the option to alert you with a ping every hour — a handy feature if you are working on some tasks that require active time management. It also comes with a Noise app which alerts you if the decibel level around you is too high. It is designed to help people protect themselves from the noisy surroundings, which is a contributing factor to hearing loss.

For women, the OS6 in the new Apple smartwatch comes with a cycle tracking feature that can track the menstrual cycle and alert on fertility times.

There are also several other in-built apps, such as a voice memo, audiobooks, and a calculator. Other apps can be easily downloaded from the in-built App Store.

The Apple Watch Series 5 (GPS) price in India will start at Rs. 40,900. For the added cellular feature, the price will go up to Rs. 49,900. It will hit the stores from September 27. It is to be released in the colours of ceramic white, space black, natural brush; these colours are expected to compliment the newer iPhones. It will also come in a purchasable gold option.

Apple watches have always been a favourite for fitness enthusiasts who are looking for a watch that can perform well for a long duration. With the added advantage of the Watch OS, it has been quite easy to customize these smartwatches as per your need and style. When you think of Apple smartwatch, another gadget that you think of is the iPhone. Bajaj Finserv EMI Store is the perfect place for you to buy iPhone at no cost EMI with your Bajaj Card.

You get comprehensive health coverage at affordable EMIs across more than 6,000 hospitals across India, with coverage ranging between 1.5 lakh to 50 lakh. About 95% of all health policies issued on Finserv MARKETS are powered by transactions through an EMI Card, making it a one-stop choice for your health insurance needs.

Finserv Markets, from the house of Bajaj Finserv, is an exclusive online supermarket for all your personal and financial needs. We understand that every individual is different and thus when you plan to achieve your life goals or shop for the gadget of your dreams, we believe in helping you Make it Happen in a few simple clicks. Simple and fast loan application processes, seamless, hassle-free claim-settlements, no-cost EMIs, 4 hours product delivery and numerous other benefits. Loans, Insurance, Investment and an exclusive EMI store, all under one roof – anytime, anywhere!