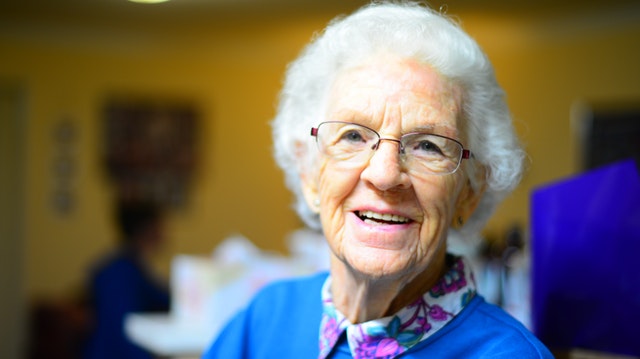 Here Are Five Powerful Ways To Ease Dementia Without Any Medication

Dementia is an umbrella term that covers the cognitive decline concerning thinking, memory, and speech impairment. Alzheimer’s Research UK points out that there are approximately 850,000 people with dementia in the country. Moreover, an estimated 5.7 million Alzheimer’s dementia patients live in the US as per the Alzheimer’s Association.

On a global scale, dementia victimizes a new patient in every three seconds. The early signs of dementia in 60s commonly show in the form of memory loss or a decline in brain function. Other signs include challenges in communicating, confusion, and behavioral changes.

These signs tend to aggravate as the mental disorder proceeds. Moreover, dementia is a progressive neurodegenerative disease, which means that there is no stopping the brain damage once it has started. Researchers have been working tooth and nail to find a cure but to no avail.

The least that you can do is rely on drugs to ease the behavioral problems that come with dementia. For instance, patients suffer from sleep disturbance, aggression, anxiety, psychosis, and more. The rate of dementia-related depression lies between 9% and 68%.

At the same time, a study indicates that the prevalence rate of anxiety due to dementia stands between 38% to 72%. Patients take medication for preventing such symptoms from worsening.

If you’re worried about having some symptoms of dementia, take a brain test. Many braintest reviews are available online to help you get started.

Research on treating Dementia without Medication

Research is abuzz about easing the symptoms of dementia without medication. In fact, clinicians at John Hopkins University and the University of Michigan have crafted a strategy to reduce drugs for typical behavior problems.

This approach is termed DICE that stands for describing, investigate, create, and evaluate. Research that stretches to cover two decades backs the strategy that intends to chalk out individualized behavioral intervention for patients.

First author Helen C. Kales, head of the Program for Positive Aging at the University of Michigan Health System and an investigator at the VA Center for Clinical Management Research revealed about DICE. She elaborated, “The evidence for non-pharmaceutical approaches to the behavioral problems often seen in dementia is better than the evidence for antipsychotics and far better than for other classes of medication.”

DICE suggests that dementia treatment can be made by limiting the use of drugs. Antipsychotic and antidepressant medication can only be assigned in the case of severe aggression and depression respectively.

Ways to ease Dementia without Medication

Here is an in-depth look at five ways to minimize the behavioral symptoms of dementia:

Coconut oil works wonders for improving the condition of a dementia patient. It boasts a high content of ketones that are potent brain food. The healthy fat in the oil also works to repair the lining of nerves in the brain. This enhances communication and facilitates better nerve function.

The emotional, mental, and physical benefits of having coconut oil can be seen in the first dose itself. A case in point is Dr. Mary Newport who gave coconut oil to her husband who had Alzheimer’s. CBN news covered this story.

You need to make sure that you start giving coconut oil to your loved ones in small doses, for example, start with two tablespoons daily. You can amp up the dosage after a few weeks. Just keep in mind that overdosage in the starting phase can result in mild diarrhea. Also, never choose processed coconut oil as it consists of trans fatty acids. Instead, use organic coconut oil.

Another powerful way to calm dementia symptoms is to include omega-3 fatty acids to the patient’s diet. Omega-3 fatty acids play an all-important role in boosting brain power and improving the nervous system. These contain eicosapentaenoic acid (EPA) and docosahexaenoic acid (DHA) that show a range of health benefits.

Research reveals that both of these fatty acids help maintain the functioning of the nervous system and keep damage to brain cells at bay. Consequently, omega-3s assist in slowing the progression of the degenerative disorder. Additionally, EPA helps deal with depression.

You can always add omega-3 fortified foods to the diet of the person with dementia. These include cold water oily fishes such as mackerel, herring, sardines, and salmon. Krill oil is also an excellent source.

Studies highlight that boosting the immune system is one of the best ways for dealing with dementia. Researchers at the Stanford University suggest that improving the brain’s immune response can help cure Alzheimer’s dementia.

Nerve cells in the brain can die if microglial cells that protect them from viruses, bacteria, and the like stop functioning. However, you can promote the effective functioning of the microglial cells by building up the body’s immune response. This, in turn, works to prevent and slow the progress of dementia.

To this end, you can help your loved one maintain good gut health, eat immunity-boosting foods, and manage stress among other measures for a stronger immune system.

Spices and herbs play a crucial role in helping ease dementia. Of these, turmeric has earned the champion’s badge. It yields numerous health benefits owing to its high antioxidant content, and anti-inflammatory properties.

A study outlines that turmeric hampers the formation of the beta-amyloid protein, which is the chief cause of Alzheimer’s dementia. Furthermore, researchers are hopeful that curcumin in turmeric may help provide a promising treatment for the brain disease.

You can either add the golden spice in the food of a dementia patient or introduce a turmeric supplement. Individuals who suffer from this neurodegenerative disorder exhibit a weakened sense of taste. By adding turmeric in the sufferer’s food, you’d be able to add some flavor to his meal in addition to the health benefits.

Exercise is known for not only delaying the onset of dementia but also aiding in improving the disease’s signs. It keeps a person physically active. This is significant for better retaining cognitive skills.

Therefore, moderate exercises like cycling, swimming or yoga should be practiced to calm dementia. Mental stimulation also corresponds to building the brain. It delays the deterioration of the patient’s cognitive abilities. In some cases, it helps reverse brain degeneration as well.

Furthermore, solving puzzles and learning something new are examples of creative stimulation. These strengthen the neural network of the brain, which prevents cognitive impairment. Thus, you can ease your loved one’s dementia with moderate intensity exercise and creative stimulation too.

Summing up, these are five powerful ways of easing dementia. Help the patient exercise regularly and give him coconut oil. Include turmeric and omega-3 fatty acids in his diet. Also, take all the necessary measures to build up the immune system of the sufferer. All these measures can also help keep the development of this psychiatric condition at bay.

4 Delicious and Nutritious Foods To Eat After Surgery