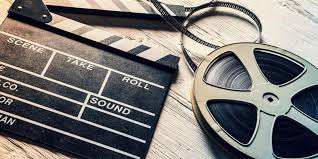 Challenges In Running The Movie Business

Despite the box office collection of previous year up by 5.5 percent and analysts estimating the box office collections go up and go as high as $ 40 billion globally, there are a lot of concerns for Hollywood industry. Despite the splashy numbers, not everyone is feeling very confident and assertive about the state of the industry. The ticket sale is almost entirely flat and not going up, and the sales rate is declining. Despite the number of games telling an abysmal state of Hollywood, Robert Simonds the founder of STX has been able to earn profits even with their low budget films.

We look at the challenges that movie industry is facing.

With the internet revolution and digitalization more and more people are getting inclined towards online streaming sites and mobile applications. Competition from Netflix, Amazon, and others is a serious threat as these platforms continue to deliver quality content and tailored content for specific interest groups. These platforms backed up by massive investment pose a severe threat to the conventional idea of screening a movie on debut at the big screens of theaters and multiplexes.

As the agreement between the production houses and multiplex owners states that movies to be exclusively in theatres for 90 days despite making most of the box office collection in the first month of the release. If this monopoly is broken and commercial studios switch to radical ideas of releasing movies on platforms like Screening Room with direct rental, the movie business can earn a massive amount of right money owing to the cost-cutting by theatre owners.

With strict anti-piracy laws, the movie industry is still not safeguarded against piracy.

Time and again we see movies getting leaked online and even highest quality versions being available on websites like a torrent. This continues to be the biggest unsolved problem even after ages of hustling against piracy, and it poses serious financial loses to the production houses.

The movies business has always been increasing in international complexion. Foreign market concerning ticket sales comprises roughly 70 percent. With the election of Donald Trump as the president of the United States, his stands on immigration and his term as president are very insular and protectionist are a preeminent issue for the movie business as movies are shot around the world, and heavily rely upon actors, directors, and top talent from around the globe.

President Trump’s right trade war with China is also a serious issue because China is the second-biggest movie market. Chinese companies own theater chains as well as invest in Hollywood films. Robert Simonds and his close ties with Chinese investors continue to grow his firm STX.

These are the few challenges to the movie business. There are a lot of other problems as well, most of it attributed to competition from cable TV and streaming services. Most of the box office growth is only due to inflation and rising cost of movie tickets. Attendance is essentially flat. This phase of the industry is all while consumers are showing a higher affinity for streaming content on mobile devices or computers.