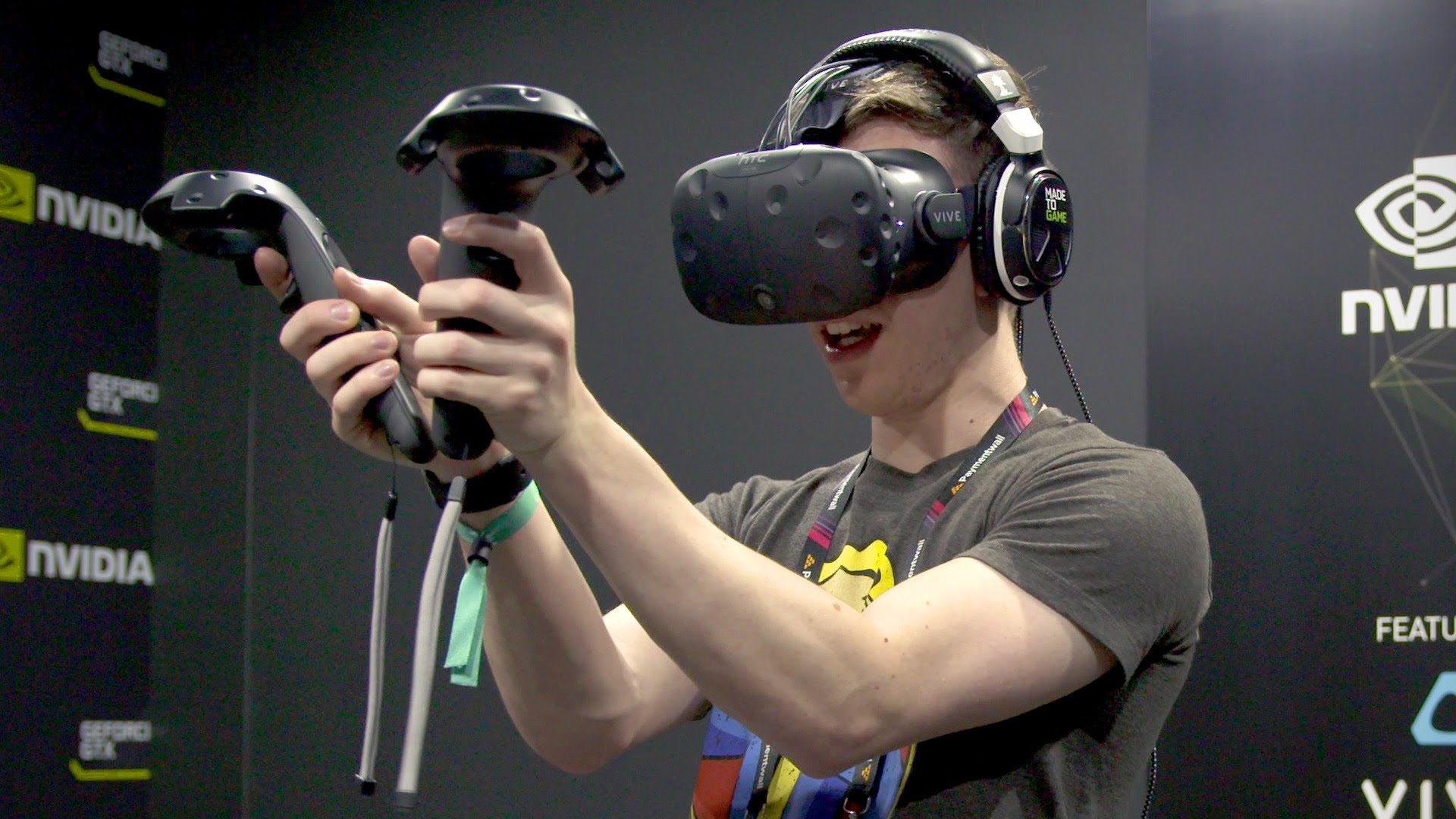 Some of us have been craving for virtual reality action since decades, but finally our wait came to an end this year. Facebook came up with its Oculus Rift headset and HTC came out with Vive. Both these gadgets took the market by storm as a lot of people got in line to get their hands on them. They are constituted of some amazing hardware that’s capable of delivering an out-of-this-word experience, literally. The games compatible with these headsets just suck you into their world where you are given freedom to roam around and do as you please. This is an experience you do not want to miss out on at any cost. If you are still on the fence about VR devices, then we urge you to give at least one of them a try. If you don’t know which one to go for, don’t fret because we have outlined the best VR headsets available in the market.

HTC Vive came out as a complete product and that has been its biggest advantage. TechoMag, a popular online tech magazine, described it as one of the most complete VR headsets available at the moment. It contains a headset (obviously), but also comes with two base stations that are used for tracking head movement. Third and most importantly, it arrived with its own motion controllers, which make things a whole lot easier. You can navigate through the virtual world easily and can adjust to the controls without much of a problem. The headset contains two full HD screens that provide an immersive experience. Moreover, it comes with a room-scale feature that allows you to walk around in a fixed space of 4.5m x 4.5m. Walking in this fixed dimension helps you move in the game, adding a whole lot of realism to it. Only downsides to HTC Vive is that it requires a high-end GPUs and is pretty expensive with the price tag of $800. However, if money is not a problem for you, then you should definitely go for it.

When Oculus Rift launched, people immediately fell in love with it, and it sold like hotcakes. This VR headset works almost in a similar fashion to HTC Vive and also supports 1080p full HD resolution. However, there are two major downsides to it. Firstly, it doesn’t come with the room space feature, and secondly, there are no motion controllers available for it yet. Absence of these things has made it somewhat tough for Oculus Rift to compete with HTC Vive on equal grounds. There is one thing, however, that is helping it stay in the limelight – Facebook. The social networking platform is doing pretty good, so there’s no shortage of money. Mark Zuckerberg is spending a ton into Oculus Rift to make it the best possible VR device out there, but as of now, it’s lagging behind. With a price tag of $600, Oculus Rift finds itself in an excellent position to woo virtual reality fans who aren’t keen on spending $800 on its HTC counterpart. If you can’t afford Vive, but still want to get your hands on VR, then you too should go for Oculus Rift.

Samsung VR Gear is powered by the same tech that’s present in Oculus Rift. However, its usage is far simpler. You just have to own a Samsung smartphone, download any game that piques your interest, and then clip your phone to VR headset. The way it works is quite simple and can easily give you your first taste of the VR experience. However, if you are expecting that it would immerse you into VR like Rift or Vive, then you should skip it. The basic purpose of Samsung VR is to bring smartphone games close to the VR experience, that’s it. The games remain the same, the way they are played remain the same. The only difference is the headset that is giving you a completely new look at the game. It’s not a full experience but it sure is a good start. Samsung VR Gear is priced at $199 and if you can’t afford Rift or Vive, then you may just invest in it.