4 Top Things to do in New Orleans

New Orleans has grown as a major port and a commercial and economic center for the better part of the Gulf Coast region. It is a city that lies within the Southern state of Louisiana, and along the waters of the Mississippi River. An evident to its strategic location is its vibrant culture of the Southern US mixed with strong Spanish and French Creole influences.

There are virtually limitless possibilities for visitors who have traveled in one of the oldest and most historic cities – from participating in the local cuisine, to enjoy the nightlife, to immerse in the rich history that New Orleans has to offer. To get experience of this rich and diverse Louisiana heritage, here are the best things to do and must-see destinations in New Orleans.

City Park at Navarre is a neighborhood, covering 1,300 acres in the Lakeview District Area, perfect for travelers who are not natives from the city or the state of Louisiana. This historic block offers both man-made and natural attractions for visitors from all walks of life.

Then NOMA or New Orleans Museum of Art is known as the city’s oldest fine arts museum. NOMA traces its origins from philanthropist and art collector Isaac Delgado in 1911 and houses numerous classical works from the Italian Renaissance to modern artworks that were mostly coming from Delgado’s collection. Its Wisner Education Wing was later added to the museum and skyrocketed NOMA’s importance and value as an art institution. Visitors can also wander around the 5-acre Sydney and Walda Besthoff Sculpture Garden behind the main building and you can also enjoy the rare and breathtaking sculptures and installation artworks.

Travelers can also take wander around the nearby Dueling Oaks. As the name says it so, the century-old oak trees have borne witness from the early Creole days when disagreements and arguments would often lead to duels. The sword fighting was art and honor is quite an expensive commodity for the early settlers of New Orleans. The duels to the death often started with small offenses such as a misspoken word or an untoward glance.

The French Quarter of New Orleans has served as the city’s heart on all fronts. It is known as the oldest and definitely its most famous neighborhood; built from the rich and higher lands on the banks of the Mississippi River, this section of the city now offers the same classical and historical ambiance with its buildings mostly in the French Colonial architecture. You can see art galleries, music clubs, and small shops.

If you want to know a bit of culinary history, be sure to check out Antoine’s. Being established around 1840, it is considered as one of the oldest restaurants in New Orleans and is still currently managed and operated by relatives of the founder. Boasting their authentic French- Creole cuisine maintained at the highest standards paired with excellent customer service, guests are treated to a slice of life in this former French colony in the 1840s.

There’s no other place to go but the one and only Bourbon Avenue for a memorable evening experience. Rue Bourbon is notable for its bustling nightlife because there are a lot of pubs, bars, and strip clubs, extending 13 blocks in the French Quarter from Esplanade Avenue to Canal Street. Bourbon Street is definitely one of the must-see destinations in this part of town.

National World War II Museum is formerly known as The National D-Day Museum. This is a large memoir of one of the largest war ever fought draws close to a million visitors each year. It was formally founded in the year 2000, the 56th anniversary of D-Day – the day Allied forces landed on the beaches of Normandy which signaled the first step toward the liberation of France and in the long run, the victory of the Allies over the Axis powers.

The museum contains memorabilia and artifacts from the war – from military documents, newspaper articles, uniforms, weaponry, to boats and aircraft restored to their original state. An example of this is the British Supermarine Spitfire and American Douglas C-47 Skytrain of actual aircraft used in the war which are then recovered, restored, and currently on display at the museum suspended from the ceiling.

Visitors looking for a more immersive experience are in luck at the National WWII Museum with the Dog Tag Experience. Guests are given RFID “dog tags” to register and track their progress as they follow the lives and efforts of actual people who served in the war. Both physical and digital exhibits further provide guests with a closer look at the key events of the second world war. Visitors can select a character whose life they would like to watch and follow as they ride on an interactive train afterward. 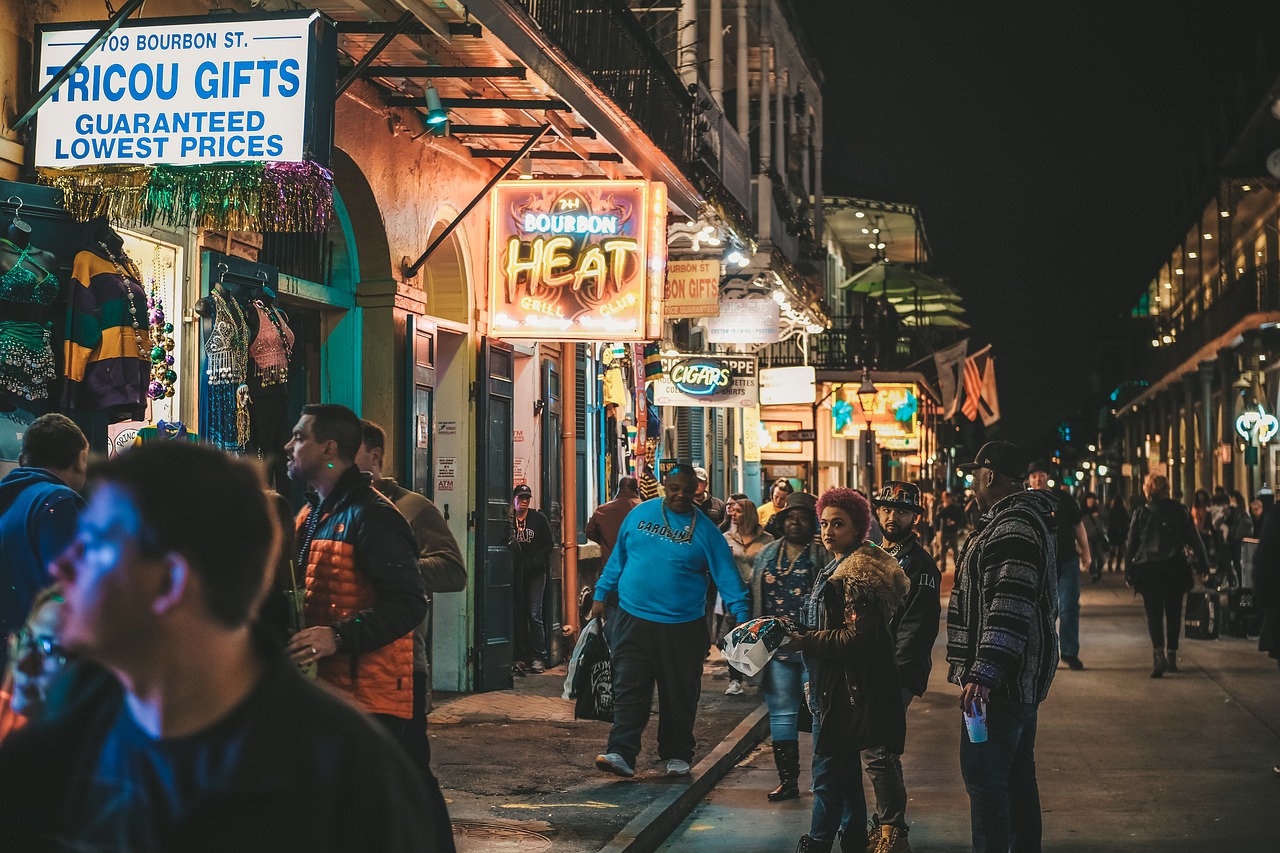 Bywater is a small bohemian vibe neighborhood for the arts and crafts. The procession headed by the Society of Saint Anne starts early in the morning from the streets of this neighborhood before marching onwards to the French Quarter and reaching its climax at Canal Street during the Mardi Gras in New Orleans.

Giving highlights on the local streets, travelers will find street murals giving an unexpected facelift on most buildings. Visitors can find larger street murals are found on the length of  St. Claude Avenue. Tagged as New Orleans’ backyard party venue, you can head off to Bacchanal Wine for a relaxing afternoon experience. Find a rare spirit that suits your taste and explore the wines of the world with assistance from their highly knowledgeable staff. Then you can take your wine and dine in the open-air backyard as you enjoy serenades from in- house and guest jazz musicians after finding your match.

If you are after memorabilia and collectibles then go straight to Royal Street. You can browse through period items as well as antiquities from any of the family-owned antique shops and galleries showcasing, and selling, artworks by local masters. You can also see that most of the restaurants in the street also retain the 19th century feel with crystal chandeliers, absinthe glasses, and ornate silverware, even private residences add to the feel and are often inviting for a candid photography session.