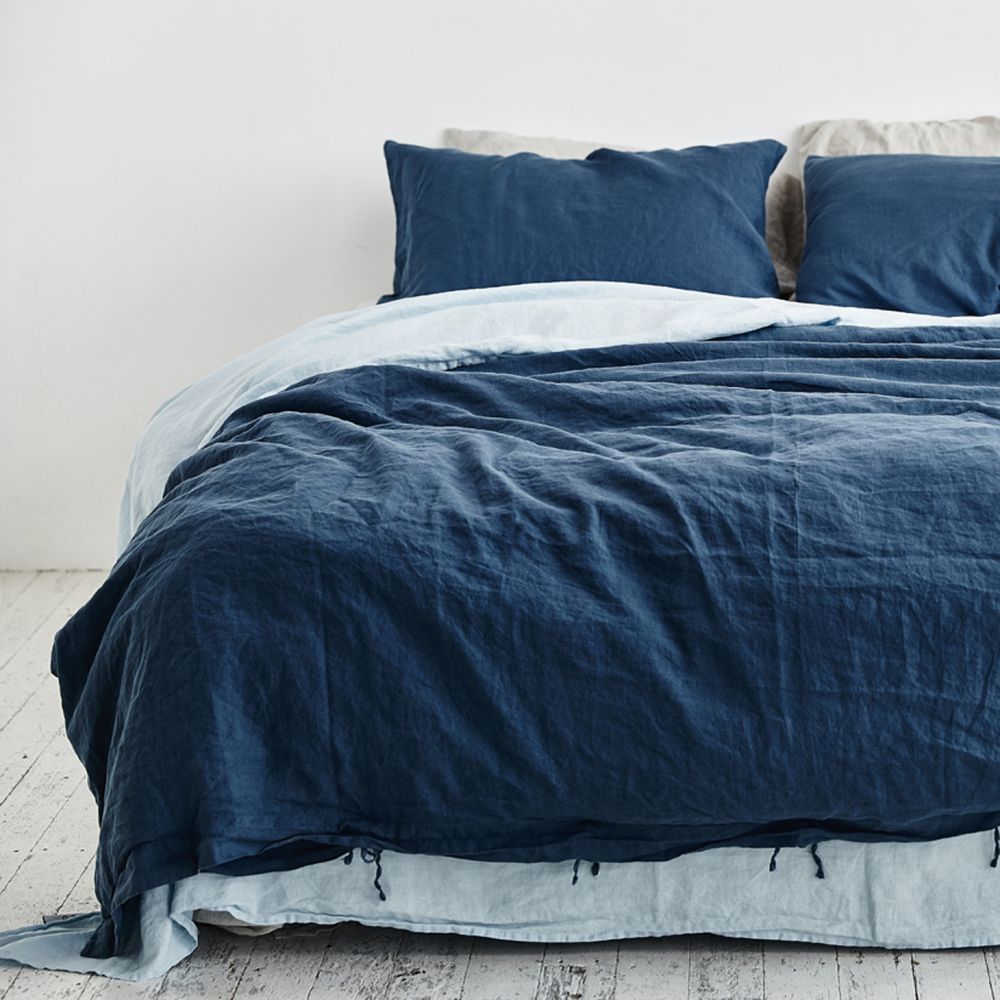 What You Need to Know Before Buying A Duvet

Duvets are true miracles of bedding. Fluffy and soft, a quality duvet will help you stay warm during the chilliest evenings and cool throughout those muggy summer nights. But it is important that you purchase the correct duvet to meet all your needs and therefore help you get your best beauty sleep yet. From fill power to thread count, read on to learn what you need to know to select your perfect duvet.

In case you are totally new to this terminology, a duvet is a typically white bedding cover that’s filled with down or a down alternative. Duvets are generally not patterned and are usually encased in duvet covers which are fabric pockets specifically designed to hold duvets, available in a variety of rich colors.

When shopping for a duvet, you’ll find fill choices from down to synthetic insulators. The warmest, most breathable choice is duck and goose down, especially if it makes up one hundred percent of your duvets filling, information that should be marked on any labels. Watch for specific percentage or words like “all down” or “pure.” Anything labeled simply “down” might mix in mostly feathers, which aren’t nearly as powerful an insulator, even though they’re cheaper.

Those allergic or sensitive to down can opt for duvets with synthetic down alternatives or even a warm wool fill. If you’re not yet ready to give up the cozy down duvet dream, though, try sterilized down which is cleansed of most allergens and can be tolerated by many people with allergies.

But there is a cost to these alternative products. While generally priced more cheaply than pure down, they result in duvets with less breathability and loft.

There’s another reason to read labels. They’ll tell you the duvets fill power, a term which defines the fluffiness of the filling and thus, its insulating power. Basically, the lower the number (400 or below), the better the blanket for summer use. If you’re living in northern regions where winters get really cold, opt for a fill power of 600 to 800 and up.

Duvets are generally stitched out of cotton. Therefore, thread count could be something to consider. Generally, the higher the thread count, the softer the fabric, but some experts say that anything over 400 doesn’t make much difference. If you’re planning to contain your duvet in a cotton cover, stick to somewhere around 300 or 400.

Containing the down within the duvet is a major consideration. Various types of stitching serve to evenly distribute the down while maintaining its loft. The priciest duvets have baffle box stitching which creates a checkerboard pattern enabling the down to stay evenly distributed while providing superior loft. Gusset stitched duvets also costs more with their combination of baffle stitching and side walls which serve to provide height. Other stitch types include channel and gusset, each with their unique qualities and considerations.

Whatever type of duvet you choose, you’ll be amazed at how much your sleep quality will improve under this fluffy and warm miracle of bedding.